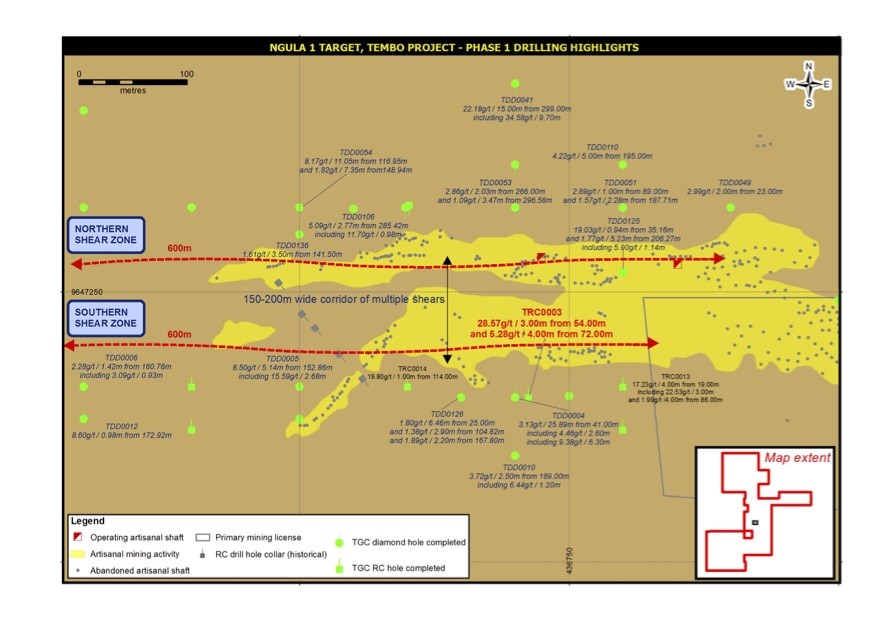 Highlights of all drilling at Ngula 1 to date:

David Scott, President & CEO, stated, “The drilling conducted at Ngula 1 highlighted the potential not just of this target, with some outstanding results, but the potential of the entire greenstone fragment, within which we have only conducted limited drilling within an area of 10km2 on which the focus has been. Much remains to be done and further success is anticipated. Depending on the prioritization established through the current technical review, our aim is to fast track resource definition through focused drill programmes.”

A stringent QA/QC practice is being applied to all sample batches. A Verified Reference Material standard is inserted every 20th sample, a known blank or blank standard every 20th sample and all samples with assays greater than 0.5g/t are re-assayed. 1% of all samples are submitted to an alternative laboratory for check analysis. In addition the laboratory adheres to an internal QA/QC procedure including standard samples and repeats and blanks inserted independently.