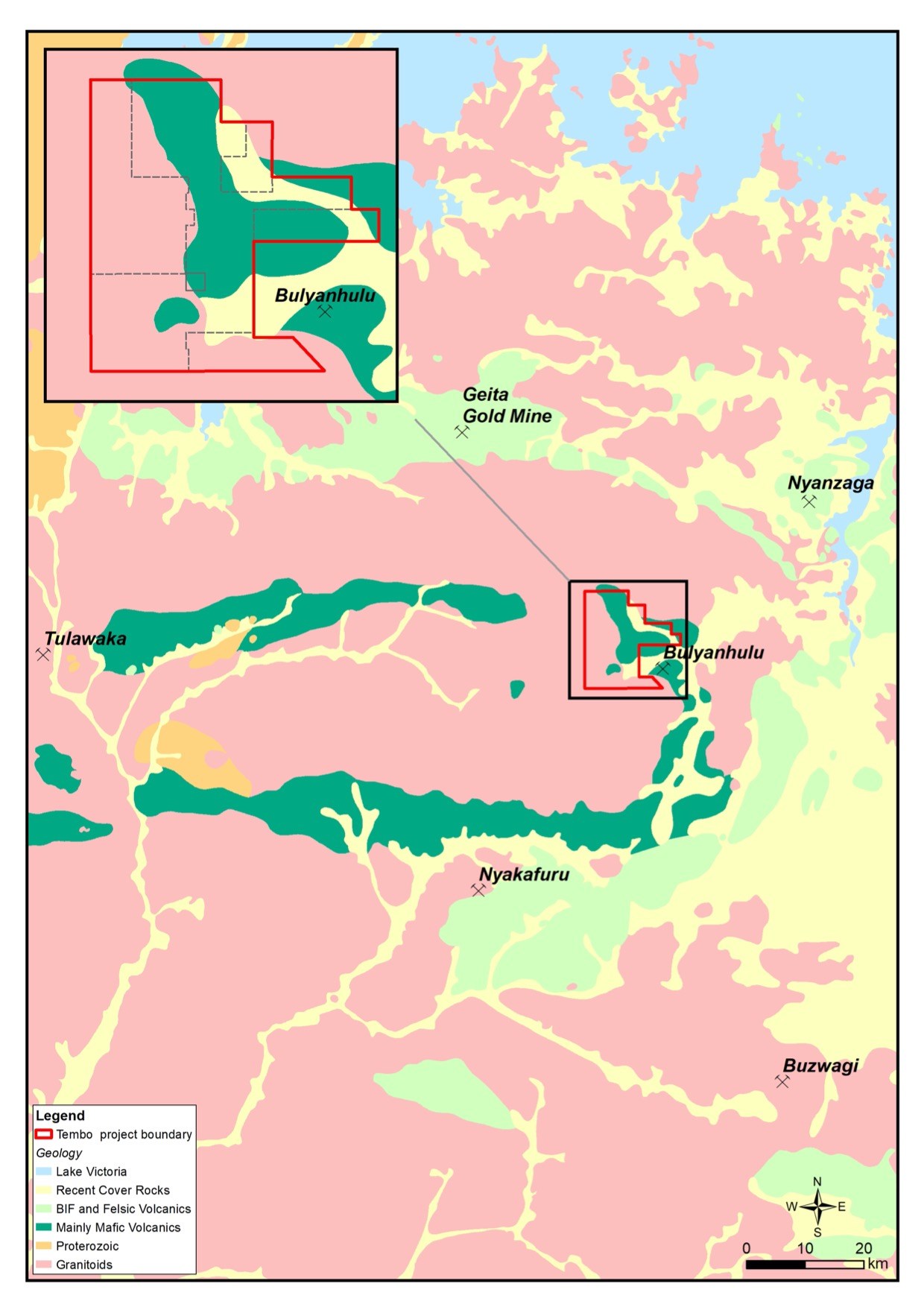 David Scott, President & CEO, stated, “The addition of these new licences will allow the Company to continue and expand on the exploration conducted to date. Furthermore, it will allow us to expand our work programs aimed at discovering and developing a mine on one or more deposits. The quality of the Bulyanhulu deposits and the proximity of Tembo’s licence holding is a strong indicator of the potential of the licence area and coupled with the success already achieved in our drilling programs promises much for the future.”

Simon Benstead, Director and CFO , stated, “Our goal at the beginning of this year was to execute a series of corporate initiatives that would secure Tembo’s future and put us is in a position of strength to create value for shareholders. We consolidated our closely held capital structure and as reported in our most recent quarterly financials, we cleaned up our balance sheet by eliminating almost $2mm in debt. With the issuance of these new licenses we have secured and expanded our land tenure in one of the world’s most prolific gold regions. Our technical team has made great progress working with GoldSpot Discoveries interpreting our data and we will now be able to accelerate our full re-engagement of the Tembo project. The local geo-political backdrop has stabilized, and we are encouraged to see the long term financial and infrastructure commitments by several of our large neighbours.”