Having spent more than US$28 million to date on exploration, mostly on drilling, Tembo constructed a treasure trove of data waiting to be interpreted. To analyze this large data set, Tembo entered a collaboration agreement with Goldspot Discoveries Corp, to interpret the Tembo and regional geological data to generate and prioritise exploration targets within Tembo’s licence area.

GoldSpot Discoveries is using machine learning as a very powerful extension of geological brainpower to unlock deep value in exploration and investment data. The team comprises of subject-matter experts covering geology to data science, including 8 Ph.D., 10 M.Sc., and 10 professional designations in Engineering and Geoscience. 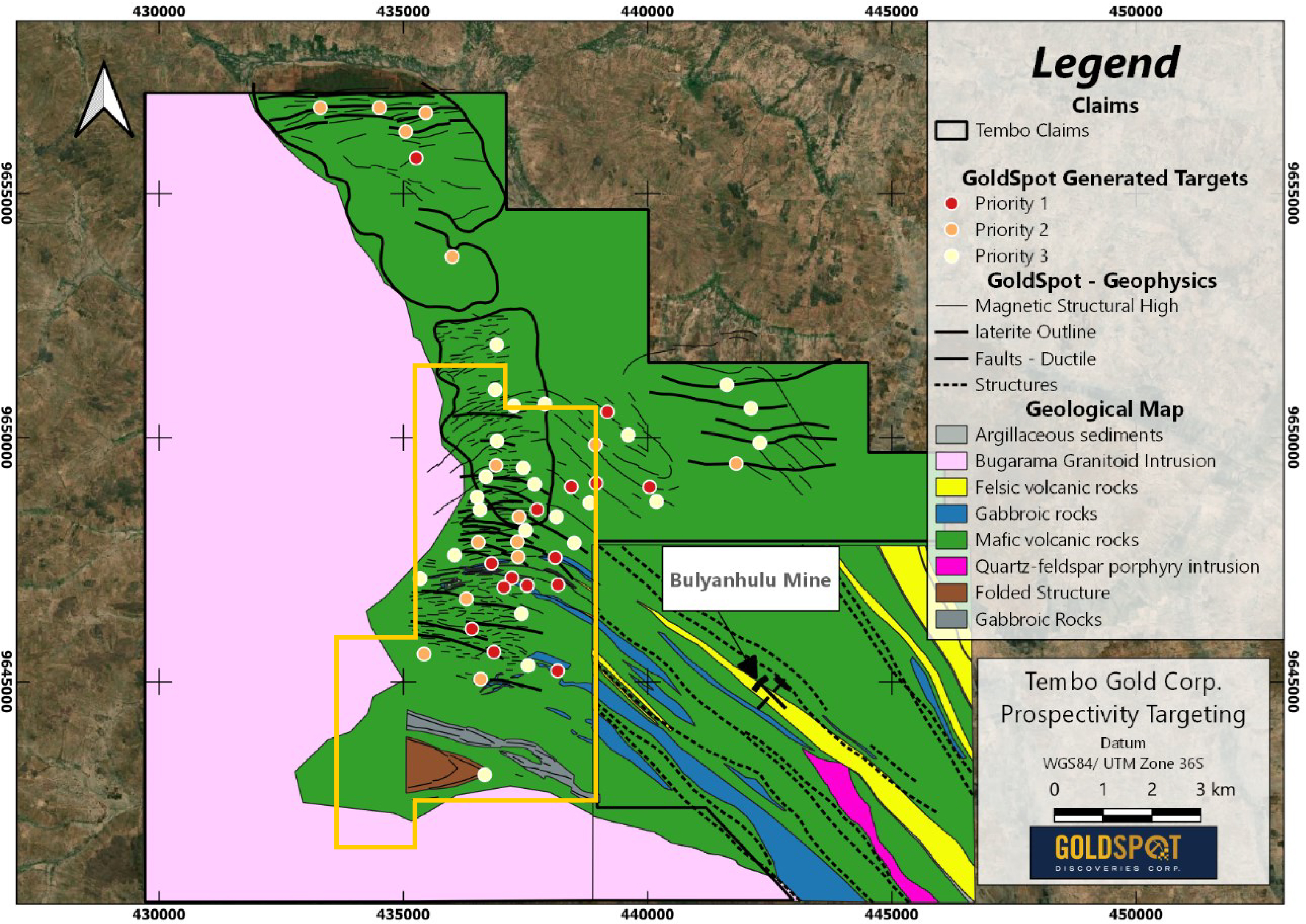 Has confirmed of multiple targets on the Tembo property and, most importantly, facilitated the spatial definition and prioritisation of the targets that is now the basis for planning a programme of systematic and focused exploration with a high degree of confidence.

In total, the GoldSpot Smart targeting approach was able to identify and rank 54 new targets on the property – Arising out of this a number of recommendations regarding further work programmes have been provided.