Nyakagwe East is an extensive area of artisanal mining with numerous shafts in excess of 20m extending approximately 600m on a northwest trend and approximately 300m wide. 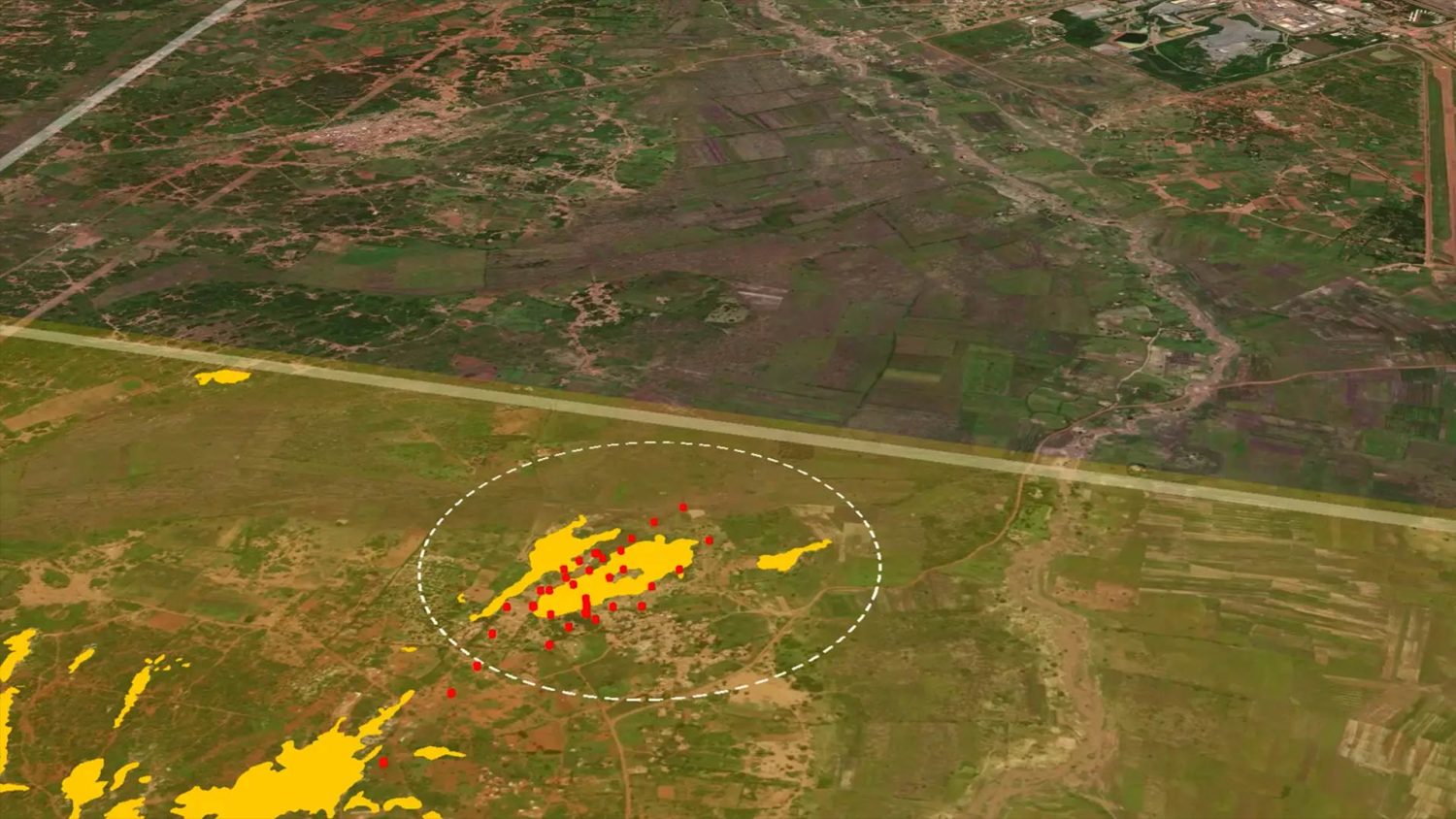 Nyakagwe East is an extensive area of artisanal mining with numerous shafts in excess of 20m extending approximately 600m on a northwest trend and approximately 300m wide. Historic diamond and RC drilling returned significant gold intersections two or more sub-parallel northwest-southeast trending mineralized zones. To date Tembo has drilled 23 diamond holes totalling 6,924m towards 030° and 060°, at an inclination of -60° to intersect these sub-parallel mineralized zones.

Three fence lines comprising 20 RC holes totalling 2238m were drilled to test the potential continuation of the mineralized structures along strike to the northwest and southeast and showed that the potential exists for mineralisation in both directions. 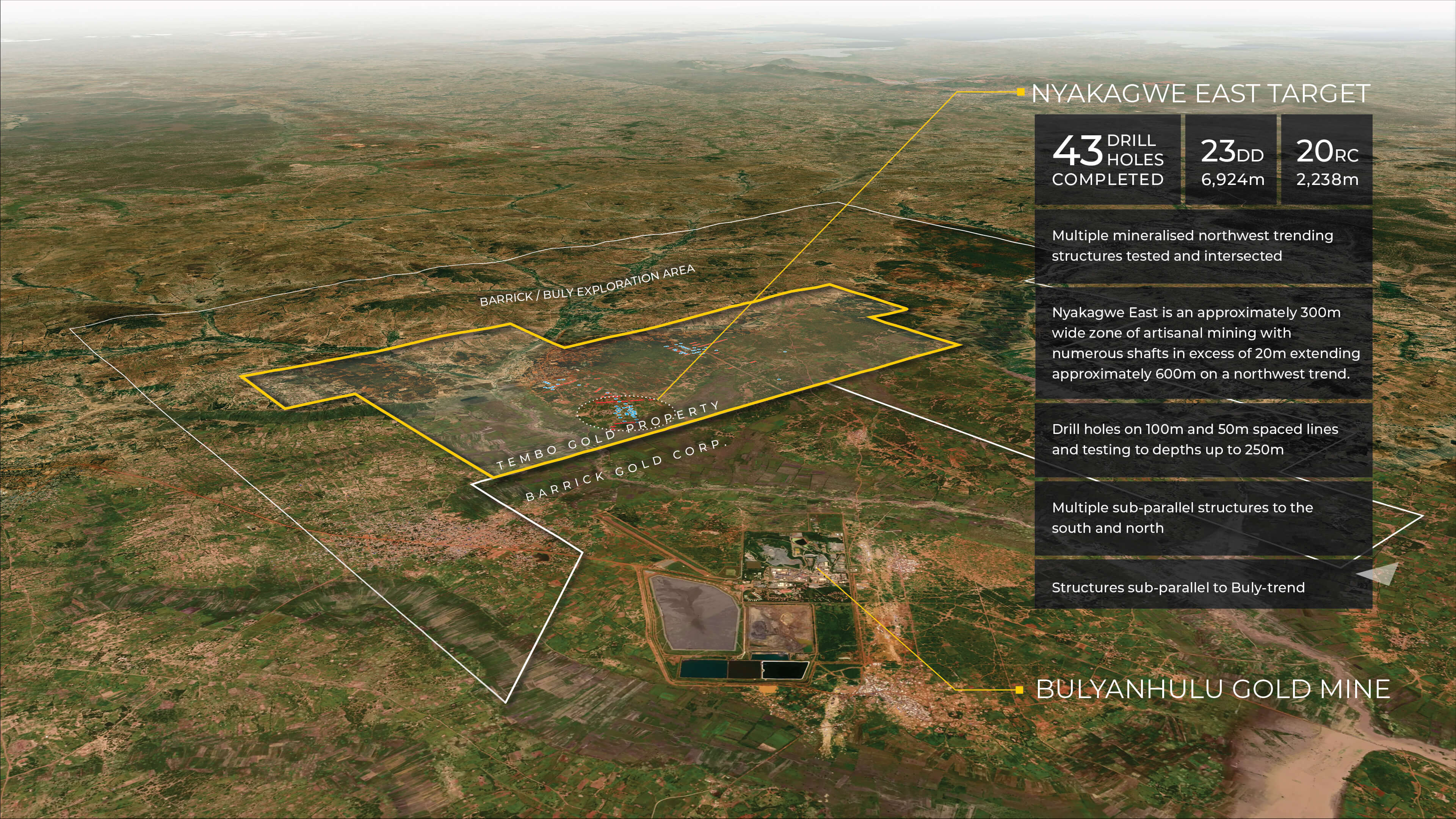 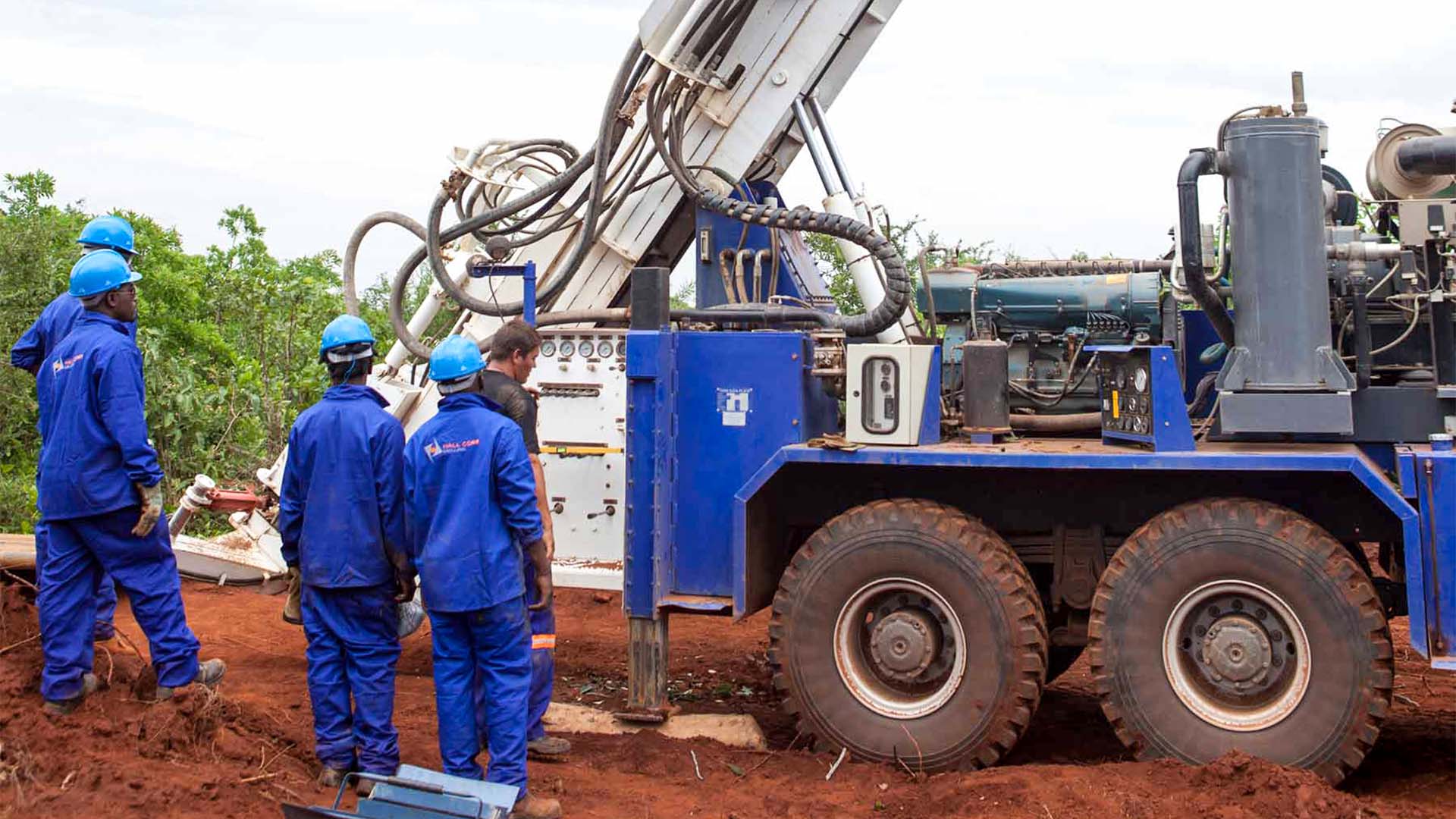 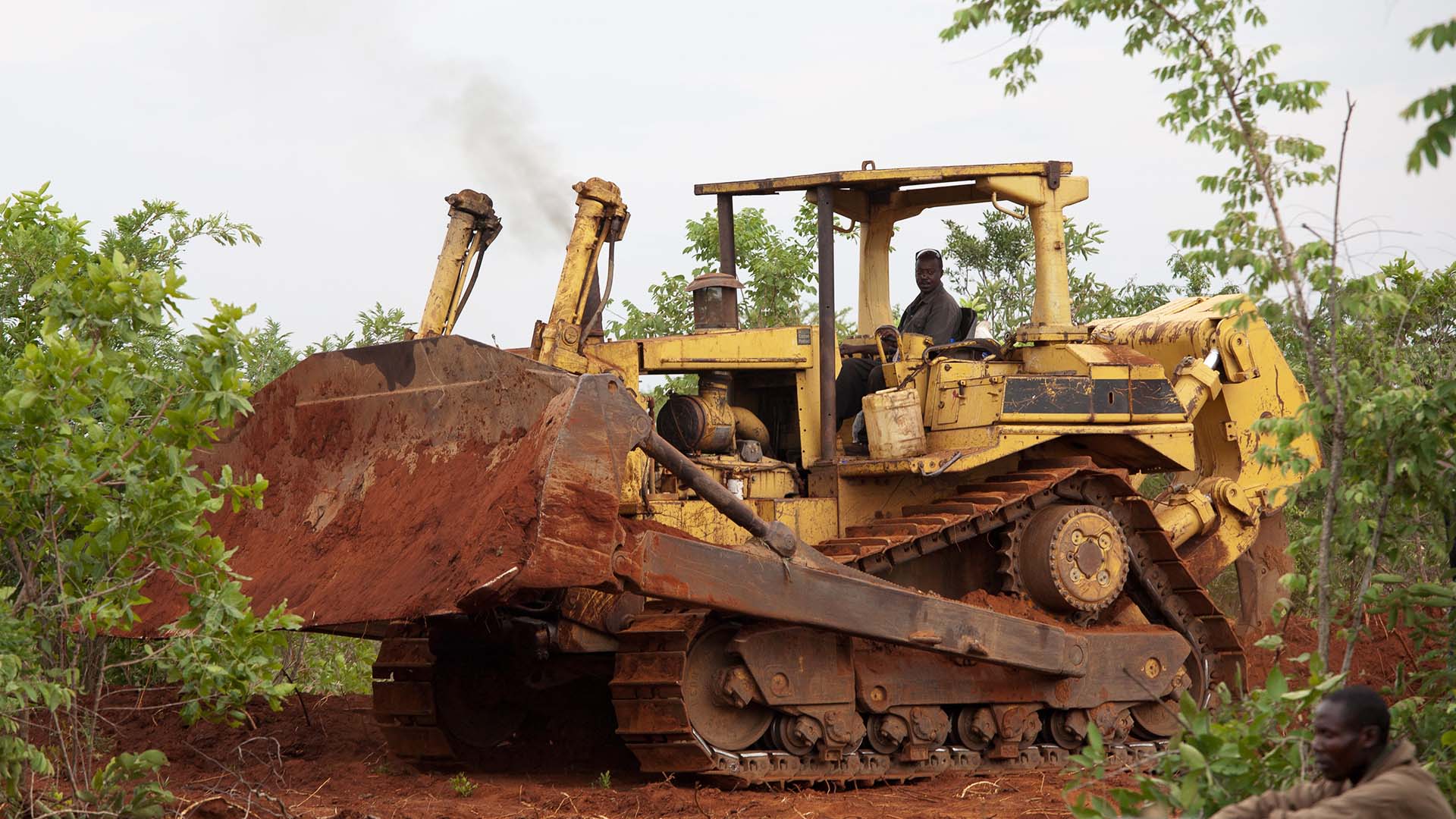 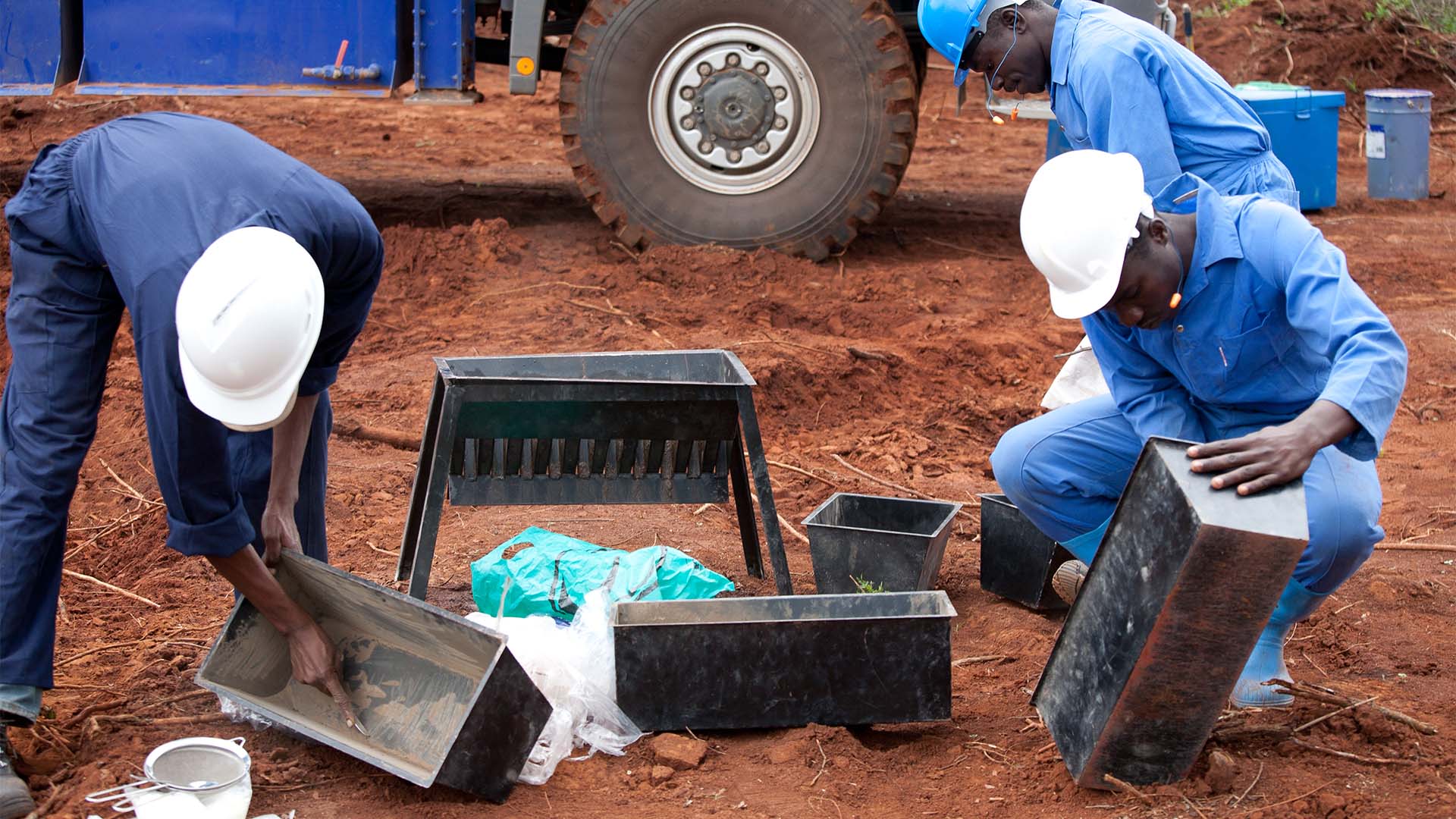 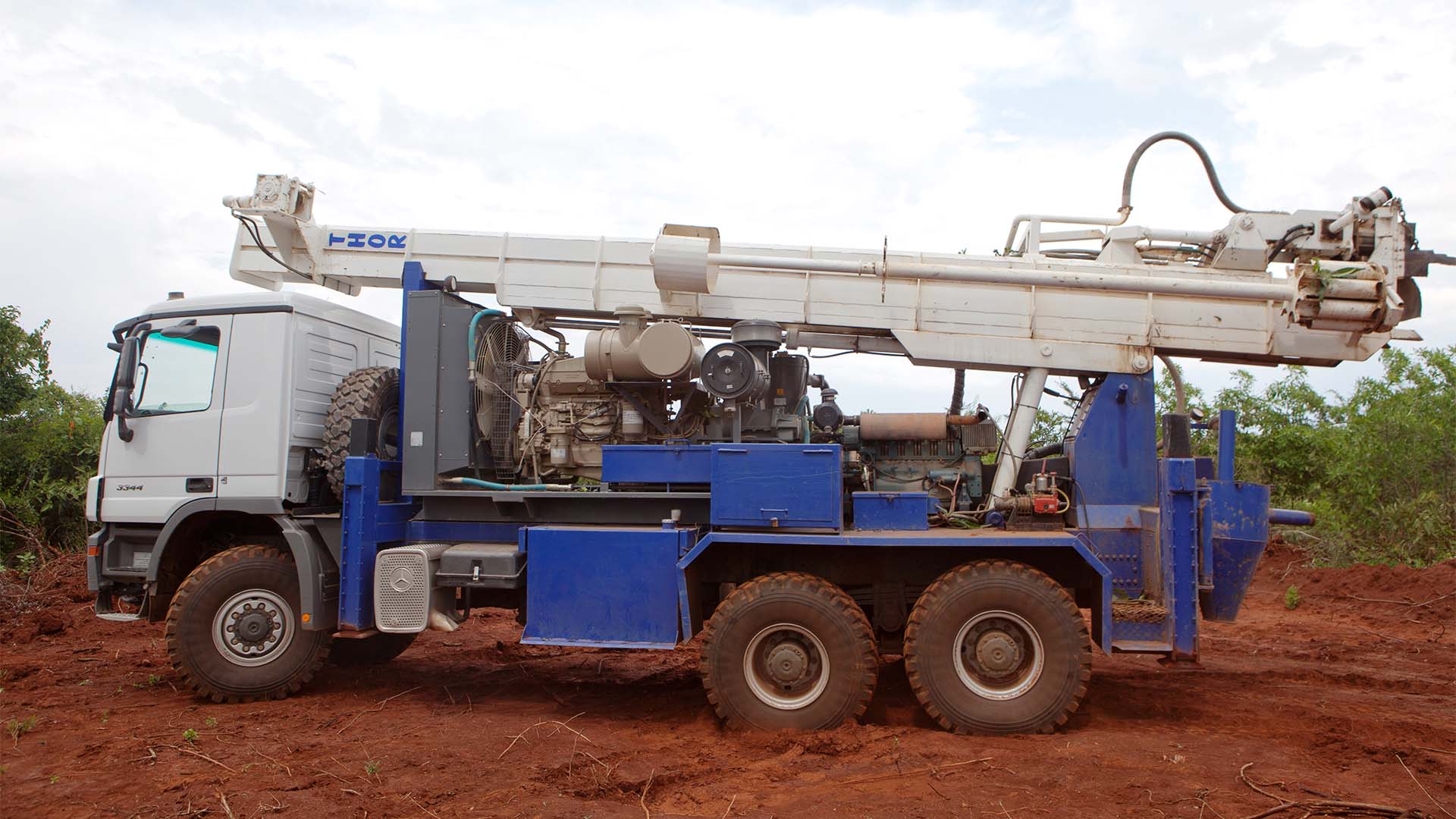 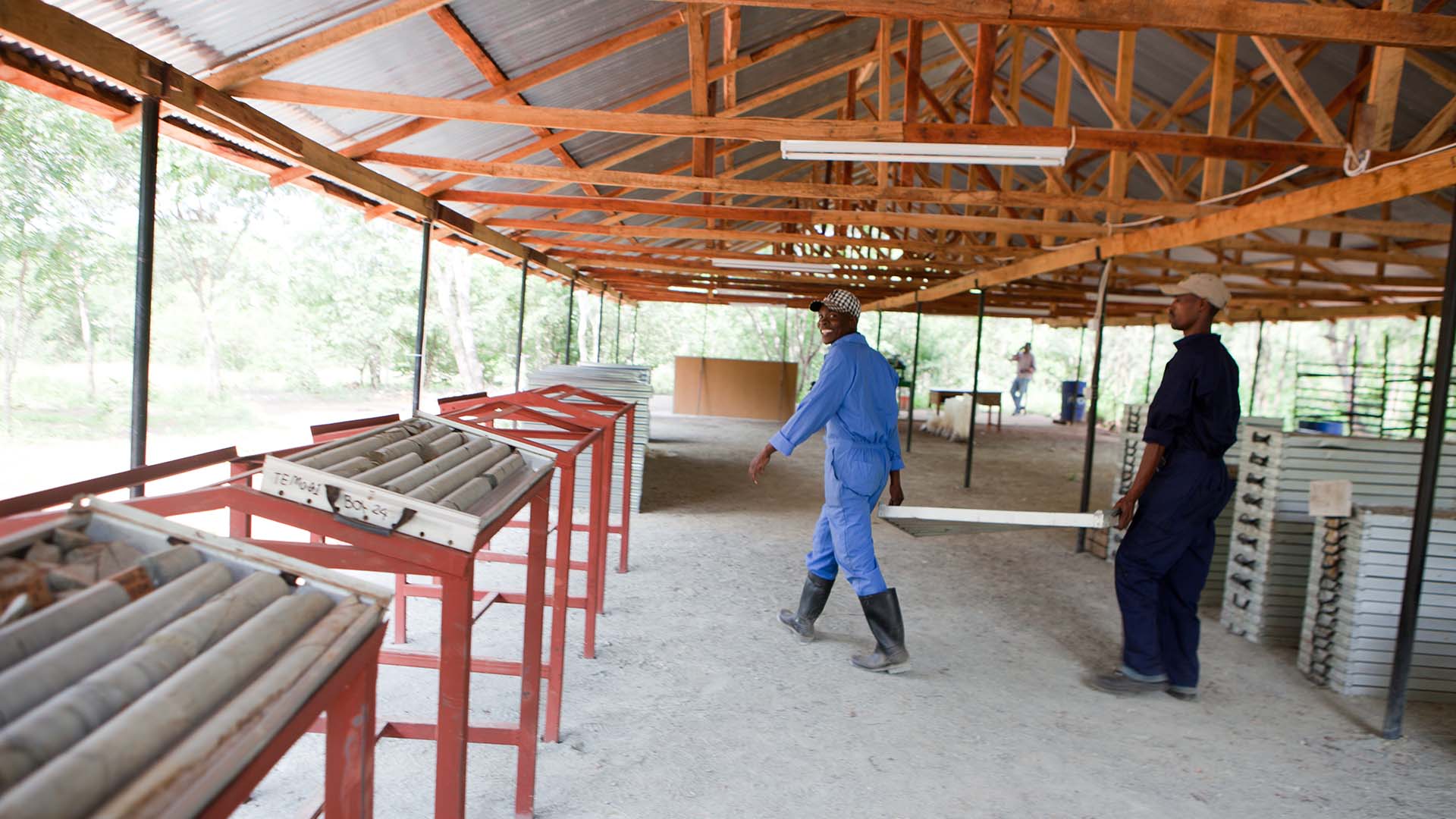 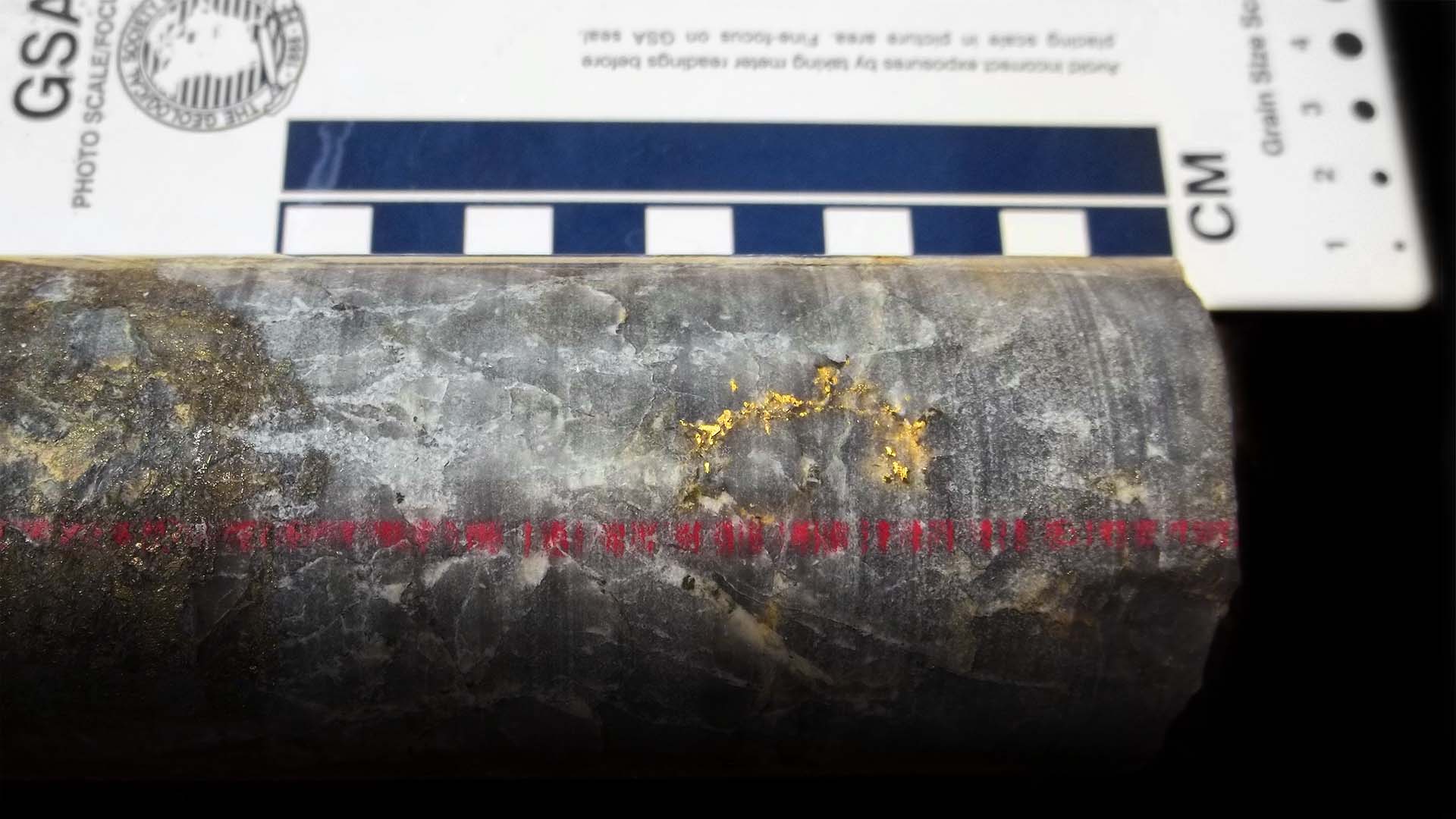 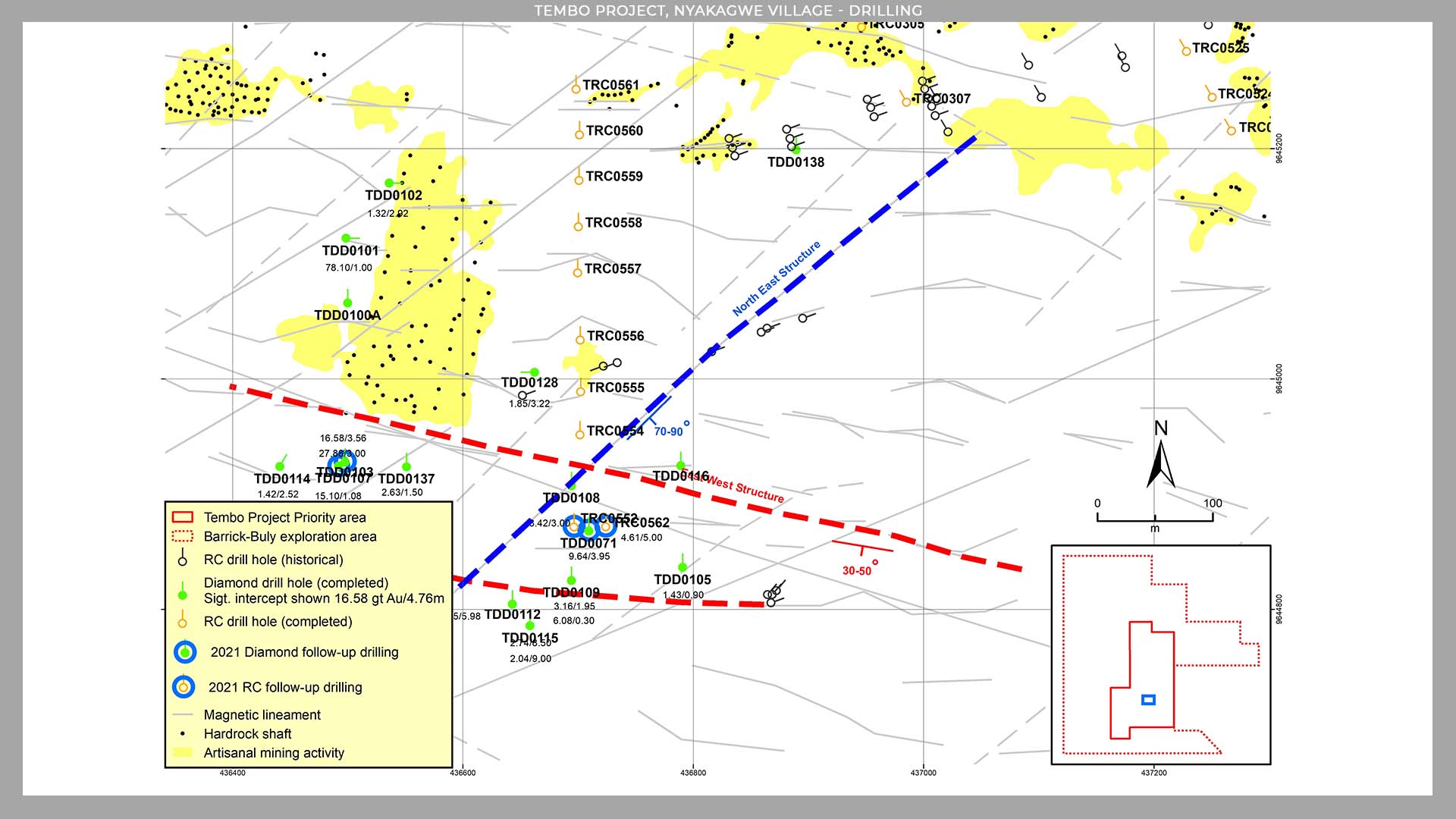 As at Ngula, 1 the Nyakagwe East area contains no outcrop with the host rocks, structure and mineralization concealed by up to 10m of transported cover consisting of a sandy soil at surface, a lateritic horizon of variable thickness in turn underlain by a transported rubble bed consisting predominantly of sub-rounded to well rounded quartz vein boulders. Intermediate metavolcanic rocks thought to be of basaltic to andesitic composition host mineralization in northwest trending shear zones. An east-west striking serpentinised, ultramafic dyke appears to traverse the target area, and is considered to be significantly younger than the host rocks. Pillow lavas are common throughout the metavolcanic pile. Pyroclastic textures have also been observed in several boreholes.

The internal fabrics of the widespread cataclasites and breccia zones at Nyakagwe East suggest progressive development during a rapid transition from ductile to brittle deformation. This style of deformation is in contrast to the more ductile shearing commonly developed along major lithological contacts at Ngula 1. Extensive silicification and carbonate alteration appear to have taken place in many areas, with less chlorite alteration than at other targets. In many cataclastic zones there is strong, brown mica alteration. In some of the more massive, finely crystalline volcanic rocks there are wide zones, tens of meters thick, with numerous, cross-cutting planar carbonate (and lesser quartz) veins (0.5–15mm).

Pyrite appears limited to the host rocks surrounding the carbonate-quartz veins, with little sulphide within the veins. Pyrite grains occasionally appear as porphyroblasts within some mylonitic shear bands. Minor pyrrhotite and chalcopyrite seem confined to the pillow lava units. This is in contrast to the strong pyrrhotite association found throughout the gold mineralized structures at the Ngula 1 target.

Planned follow up drilling will focus on the extensions along strike to the west northwest and southeast to test whether the tenor of gold improves along these directions. Deeper drilling to test whether grade and grade continuity improve with depth.