Diamond and reverse circulation drilling has been aimed at testing the dominant structures being mined and test for similar hidden structures between these. To date thirty-five diamond and forty-one RC holes have been completed for this target, comprising 7952m and 7623m respectively.

Along the principal set of workings, drill holes intersected multiple structures hosting mineralization between and beneath a prominent northern and southern zone of artisanal workings at vertical depths down to 200m. The program tested along a strike of 600m to determine the lateral extent of the mineralization. All these holes are drilled to a final down-hole depth of approximately 300m.

The drilling to date has returned the following best results (shown below): 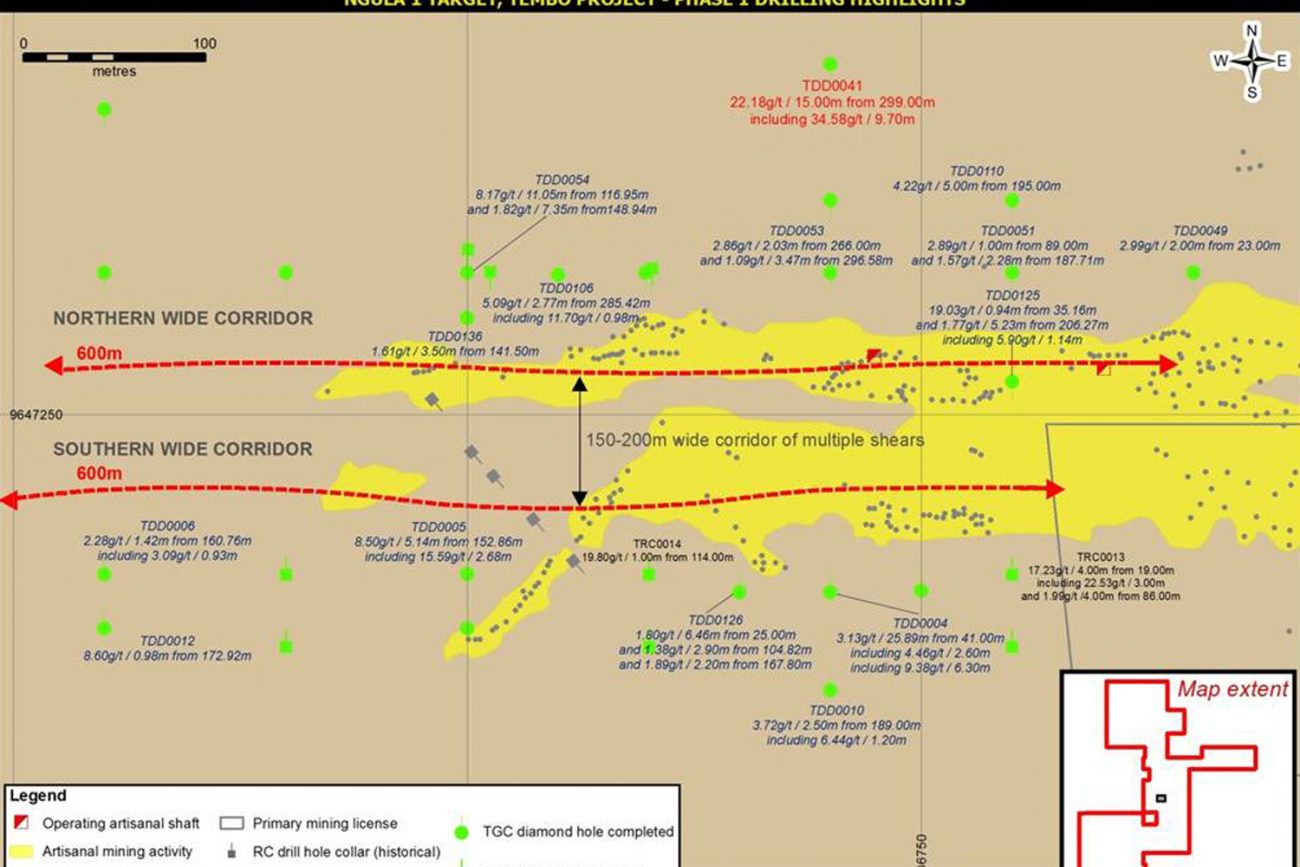 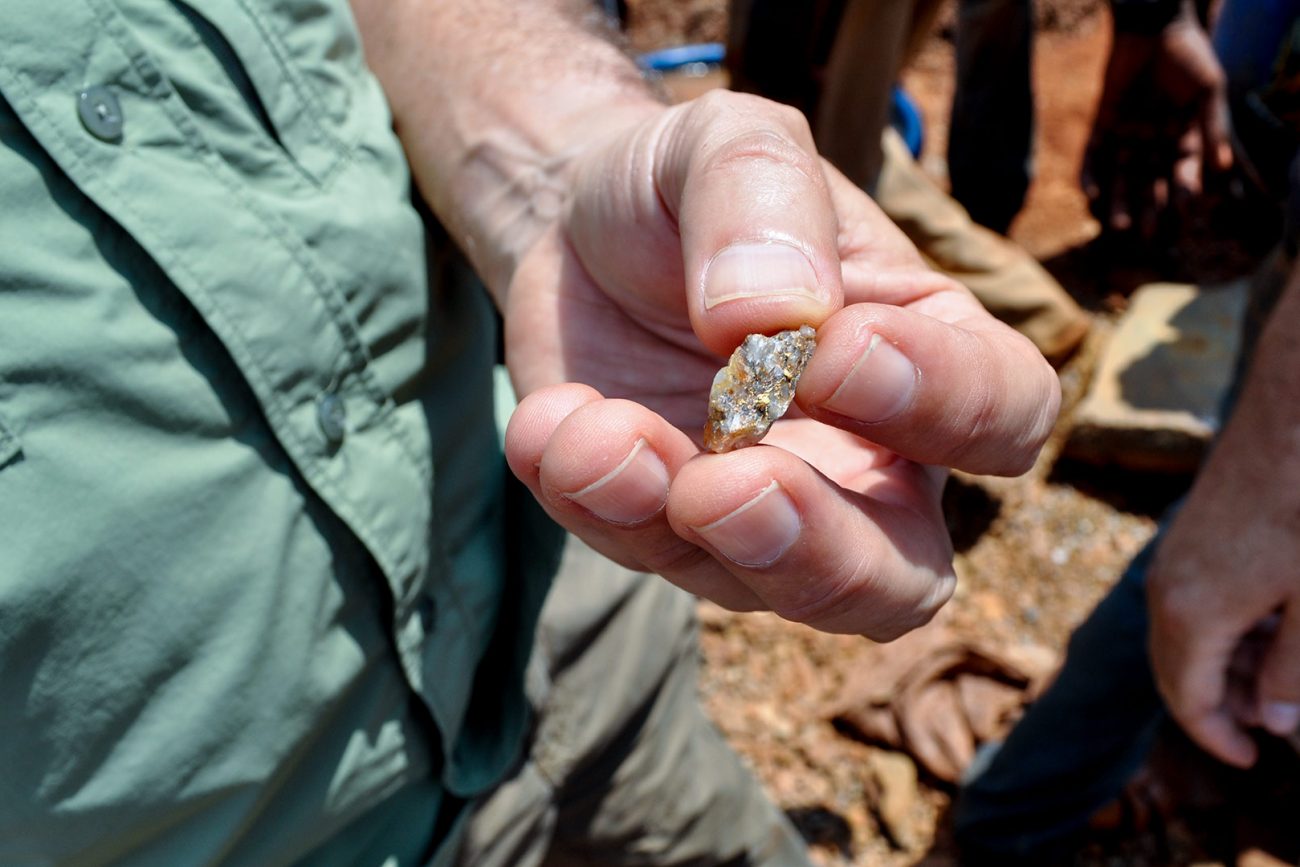 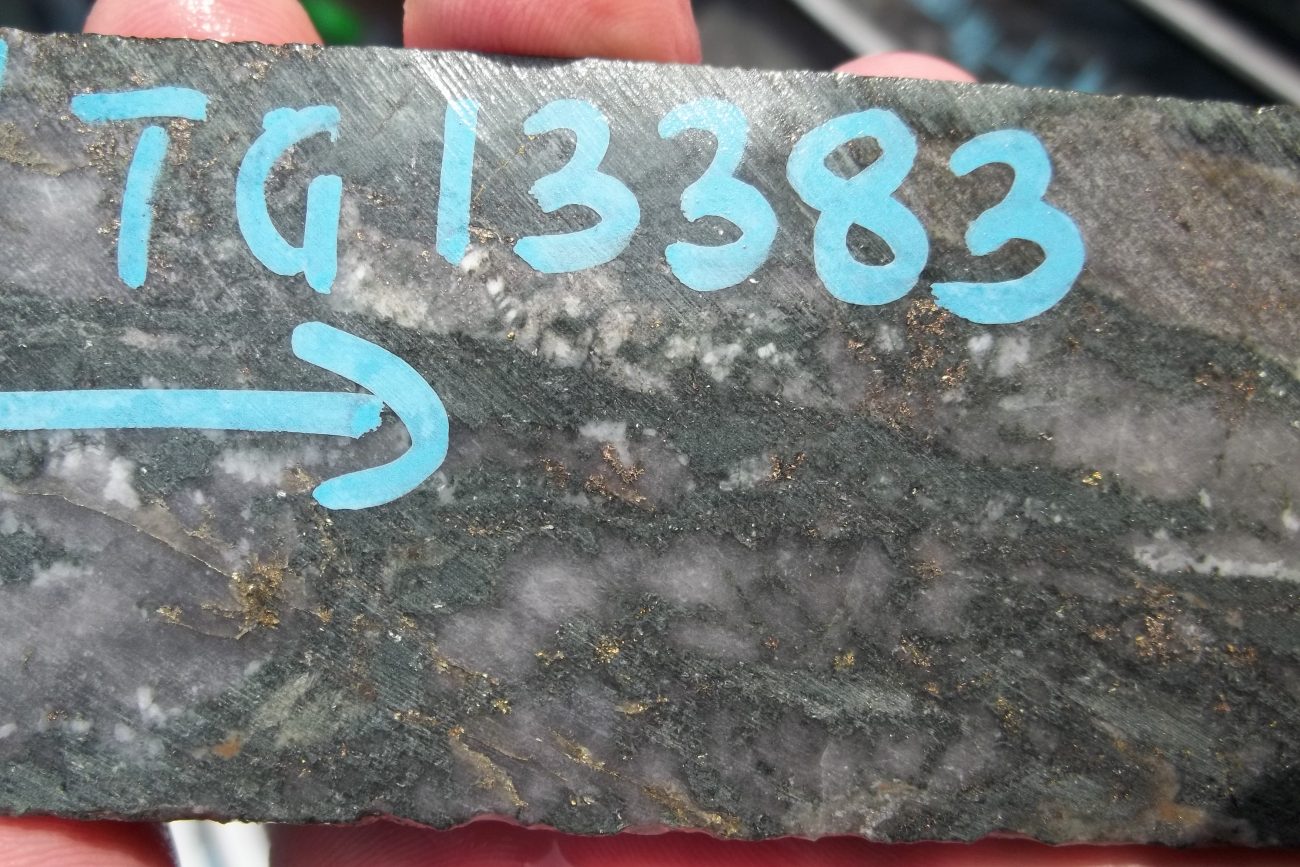 Future drilling at Ngula 1 will consider the delineation of shallow low grade resources, and deeper diamond drilling to define the extent of previously intersected high grade mineralization and the potential of these shoots to host open pit and underground exploitable resources.